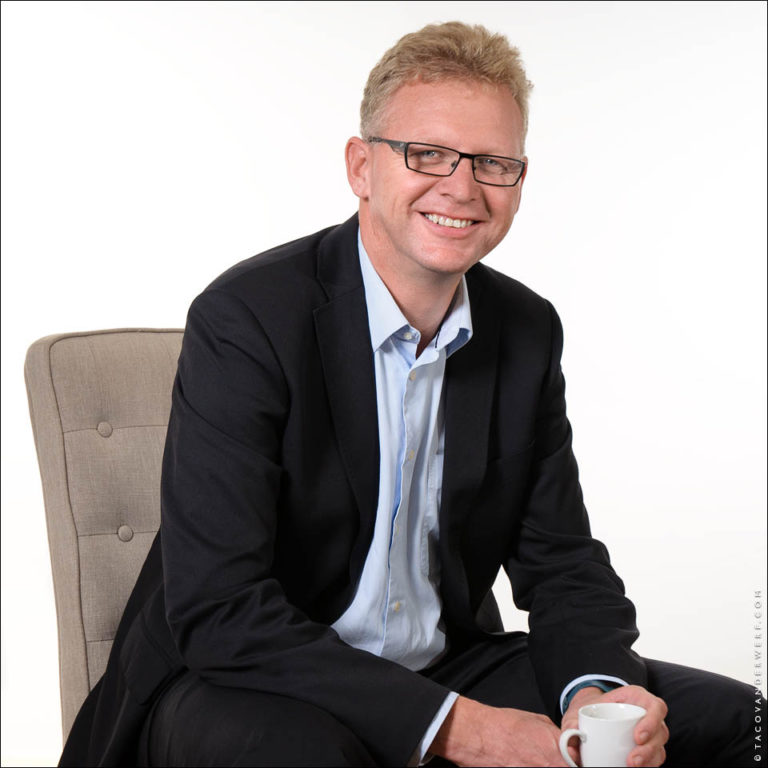 StartLife has an enormous network of startups with inspiring founders. These startups are eager to share their experience with other entrepreneurs. This story is about Lex van Dijk, founder of BLUE-tec. BLUE-tec uses forward osmosis to treat waste water in a sustainable way. The technique is revolutionary in the water treatment industry and has applications in the food industry as well

Lex van Dijk studied Environmental Technology in Wageningen. During his time in Wageningen he became interested in filtration techniques and methods for extracting valuable compounds from waste (streams). After a few years working as a consultant, Lex felt he wanted to start a business. In 1996, Lex encountered the membrane bioreactor. He discovered that it was a technique with many potential applications that weren’t, until then, used much in general. He decided to establish a company: Triqua. At Triqua, Lex tested and sold techniques to treat waste water, using a membrane bioreactor. After 12 successful years, implementing various new techniques and finding many international partners, Lex sold the company. “Time for something new”, said his ‘entrepreneurial mind’ and so he went.

Waste in a pressure-cooker

In 2008 Lex discovered another filtration technique: thermal hydrolysis, which is hydrolysis but then using a kind of pressure-cooker technique. He raised a new company: Sustec, to treat waste (or sludge) in a sustainable way. Sludge is the 10% waste that is left after waste water is treated by bacteria. Although Sustec’s goal was to reuse and recycle sludge, Lex wasn’t satisfied. Sludge comprises only a small part of the total waste water. Due to the bacterial treatment, most compounds are lost (or “eaten” if you like). “Why isn’t there a way to save more valuable compounds?”, Lex thought. With BLUE-tec he wanted to make a change in the waste water industry.

Within a year, BLUE-tec was established and fully operational. Lex didn’t have many problems establishing this third company. StartLife could offer him a soft loan. His advice for other startups : “Don’t be opportunistic in choosing your partners”. Lex thinks it is really important to share the same vision with people you will collaborate for a certain time. “Don’t make this a rational decision. Listen to your gut feeling”.

What Lex’s success factor was? Lex thinks he has gained the right experienced and met the right people during his career. In many cases, people are willing to do business simply because they like you. Not because of scientific evidence. It’s about emotions and a factor of goodwill: “disruptive startups are the most creative and the fastest growing companies that are loved by everyone”. The reason these companies are successful, is the same as the reason they “die” easily: sometimes their story is great, but their business model isn’t fool proof.

Many disruptive startups have small teams. These teams can act much faster, as decisions don’t have to be considered by a large management. Enabling startups to make larger but more risky steps. On the other hand, having a small team can be demanding, because a broad set of skills is needed to run the company. Lacking a competence can mean the end. Besides that, Lex doesn’t believe that entrepreneurship can be learned: “it should be in your nature”.

BLUE-tec uses forward osmosis to treat waste water in a sustainable way. Forward osmosis splits waste water into clean water and sludge. It can greatly concentrate sludge, without spoiling valuable nutrients. This enables users to recycle the “waste” even better. Moreover, waste doesn’t have to be dissolved in water, saving precious water. The technique is not only applicable for waste water treatment, but also in the food industry.  “Many food manufacturers vaporize liquid products to obtain more solid end-products using a lot of energy. At the moment, we help food manufacturers to implement systems using forward osmosis.”, says Lex. “Using forward osmosis to treat waste water, like BLUE-tec, could become a real breakthrough in the industry!”, says Lex, “I will put my heart and guts into this company till I am retired”.

Get in touch with BLUE-tec