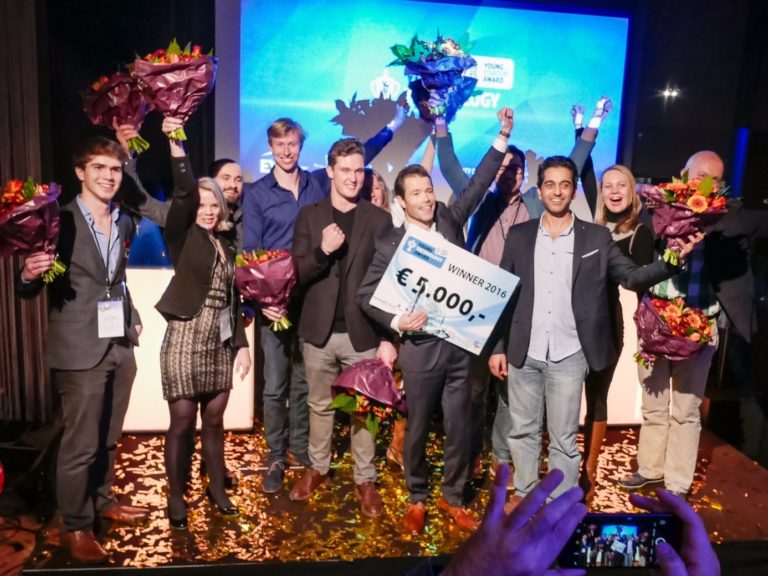 On the 23rd of January, the 6th anniversary of the “NL Valoriseert” program was celebrated by more than 400 people. Thanks to this initiative aiming to increase valorisation, StartLife was established.

“Valorisation, or knowledge transfer, should be encouraged”, said Henk Kamp, the Minister of Economic Affairs. At the event he emphasized the importance of value creation by knowledge institutions. According to the Minister, The Netherlands is the “Innovative-leader in Europe”. Therefore, it is important to continue supporting startups. The Ministry of Economic Affairs and the Ministry of Education, Culture and Science have decided to increase the existing financing for young startups from 63M to 73M in 2017. The program will end in December 2017.

At the event, the twelve finalists of the Young Startup Award presented themselves in a three-minute pitch. These startups were selected from several Dutch regions. The finalists were: LUMICKS, Slim Opgewekt, Delft Hyperloop, ZTRDG, BitSensor, TrusttheSource, Emosys, Pearltect, Rural Spark, Clear Flight Solutions, TMI and Plant-e. LUMICKS, a spin-off of VU Amsterdam, was the winner. They developed a frontier technique to look at molecules, which probably will change the way we look at pathogens. Congratulations LUMICKS!