Founder Story Zip Drill | Tools that save money for farmers 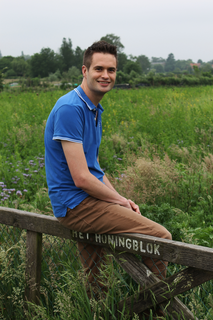 Soil-loving product engineer
Thierry studied agriculture in France, his country of birth. After working as a farmer in Australia for a few years, he started studying again. Within five years he finished another bachelor’s in mechanical engineering, a master in product engineering and a master in advanced technology management. During his study, he learned how to transfer “proof-of-concept” innovations into valuable technological products. Thierry had always been an entrepreneur. When he was 23, he invented a skateboard, but unfortunately he couldn’t beat the competing companies. After he had worked a few years in the field of agricultural machinery, Thierry developed interest in conservation agriculture.

Saving money with better tools
Conservation agriculture helps save the environment and prolong soil life. Thierry cares about soil: “Soil is the stomach of plants”. Thierry discovered that in conservational agriculture there are more developments since the 60’s. Developing better tools would save a lot of money for farmers worldwide! Although Thierry has always been open for cooperation, it was hard to find a business partner. Thierry decided to stake all his savings in developing a product himself.

Unique selling points
Now, Thierry is almost ready to launch his first product. In the past two years he has developed a sowing tool for conservation agriculture farmers. The product has four unique features: 1) it creates a higher humidity of the air surrounding the seeds, 2) it prevents plant residues from getting into the ground, 3) it enables farmers to safely place a fertilizer in the seed slot and; 4) it’s affordable!

What he’s learned
Looking back Thierry has learned a lot from his adventure. He discovered that being a good student and smart doesn’t mean starting a business is easy. As an entrepreneur you really need to be a jack-of-all-trades. There is nowhere where you can learn to become an engineer, a PR person & marketeer and a salesman at once. Thierry found out that making things easy and straightforward is the best way to go. For example, he approaches his customers (farmers) directly, using personal one-to-one communication.

Help from StartLife
A StartLife coach helped Thierry to realize the importance of a solid financial plan. Making things financially clear is the only way to progress. Moreover, Thierry really appreciates his office at StartHub: a great place, more than enough networking opportunities and many valuable workshops to attend.

Hans de Haan, Business Coach at StartLife: “Thierry has started Zip Drill after having worked in the industry for several years. He is not only well-informed on technical issues but also has a good insight in the industry dynamics. The combination with his interest in soil provides him with a lot of potential to become a successful company”.

Thierry is optimistic about the future. The only thing that Zip Drill lacks is a co-founder who loves “Sales & Soil”!

Have a look a Zip Drill’s teaser: