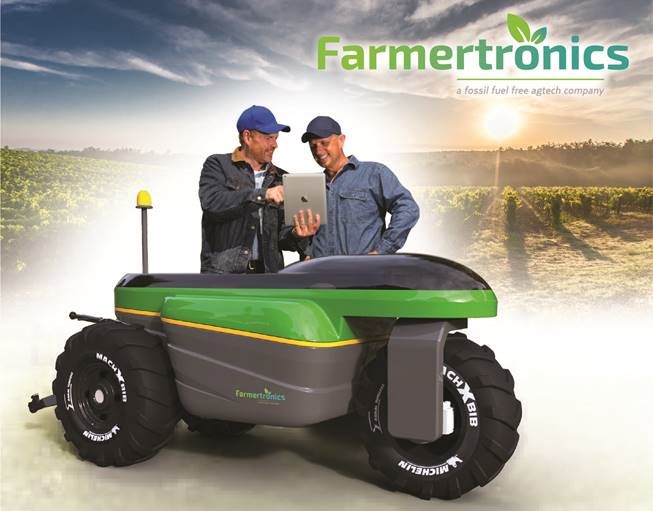 Farmertronics Engineering BV (Farmertronics), a highly innovative Dutch company with extensive experience in the high-tech and automotive industry, will contribute to the sustainability of EU agriculture by developing the eTrac:  an ultramodern light-weight unmanned farming machine, electrically powered. Now the crowd can support this great Dutch agtech initiative by ordering one of 5 Farmertronics rewards.

The eTrac will be compatible with existing tools to work the land, making the eTrac a multifunctional agricultural machine. The eTrac will be equipped with the most modern computer and software systems allowing autonomous operations and precision farming. Eventually, this state-of-the art zero emission tractor will replace the current diesel tractor and will set the new standard in the market for sustainable agricultural machines.

Until now Farmertronics got funding from a local government to run a feasibility study. Another local government has been asked recently for some more funding to start engineering, building and testing a first prototype of the eTrac in 2018. In parallel a European reward crowd funding campaign has been started on October 1st and will end on December 31st. Now the crowd can support this great Dutch agtech initiative by ordering one of 5 Farmertronics rewards: https://katanareward.opencircleproject.com/campaign/67/farmertronics

This crowdfunding campaign is also a race between 54 European food- and agtech-startups. The first 10 startups who gathered the biggest amount of money on December 31st, will get another 100,000 euro from the EC. These 10 startups will get access to a next round of a European equity crowd funding  campaign as well. For Farmertronics it is very important to be one of these 10 European startups to get this project funded in a structural way and to give a boost to the Dutch agtech industry. Please give your support to this great Dutch agtech initiative.