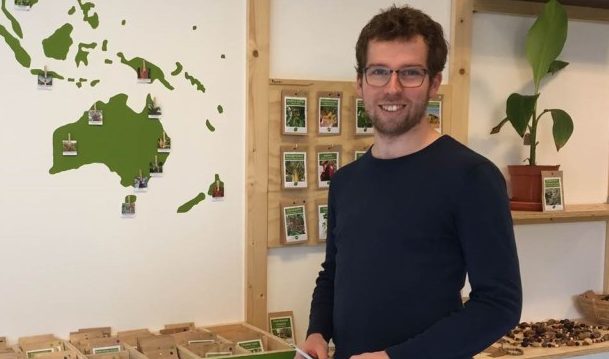 StartLife has an enormous network of startups with inspiring founders. These startups want to share their experience with other entrepreneurs. This story is about Sander Onsman founder of Onszaden, a company that sells foreign seeds.

Sander studied biology in Wageningen. He wasn’t an ordinary biology student. Sander was interested in entrepreneurship, teaching and organising events. During his studies he organised the annual Open Days of the university and also  finished a teacher training program. Although finishing his Bachelor didn’t go fast, no time was wasted. “Doing different activities during your study, helps students to make a better choice for their future career”, says Sander, “in the end, I found my mission”.

Before Sander (Onsman) started his studies, he had already registered his company “Onszaden” at the Chamber of Commerce. He wasn’t sure if he would really do something with it, but at least it gave him the opportunity to experiment and build his own web shop. On the website Sander sold exotic seeds. During his study he ran the business and ordered seeds from all over the world. Like that wasn’t challenging enough, he had to collect, repack, send and store all goods in his tiny student house.

Beers and ideas at the cafe

The networking gatherings Sander visited regularly during his study proved valuable. There he met people that liked to discuss their business plans and drink a beer or two. It gave Sander the opportunity to test his ideas about expanding his web shop. The friends at the café discouraged some ideas but gave him confirmation too. Sander: “The drinks at the café were a bit like the Entrepreneurial Drinks at StartHub. Though, they often continued until  much later…”.

Via friends Sander had met at the drinks, he rented a flex-office at StartHub. “Working together in a building with other entrepreneurs was really motivating. Talking with them tuned my ideas”, says Sander. At that time, StartLife awarded Onszaden with a Young Hero Award. Later, Sander received a Student Startup Loan from StartLife to increase his sales and hire employees. When, suddenly, a shop-premises became available at a great spot in the city centre of Wageningen, Sander made the decision to expand his web shop with a physical shop.

It seems Sander has found a niche market. His collection of seeds can be found in the shop, on the web, in several magazines and even in an plant encyclopaedia composed by the University of Groningen. Now, a year after the official opening of his shop in Wageningen, sales are still increasing. Sander: “Entrepreneurship suits me well. My ambition? I want to expand the sales and enter the international market. By doing that, Onszaden can become so big, we will be able to really make a difference for small seed farmers abroad.” 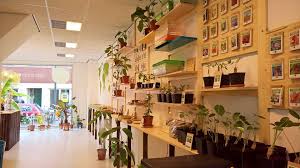 Get in touch with Sander Onsman