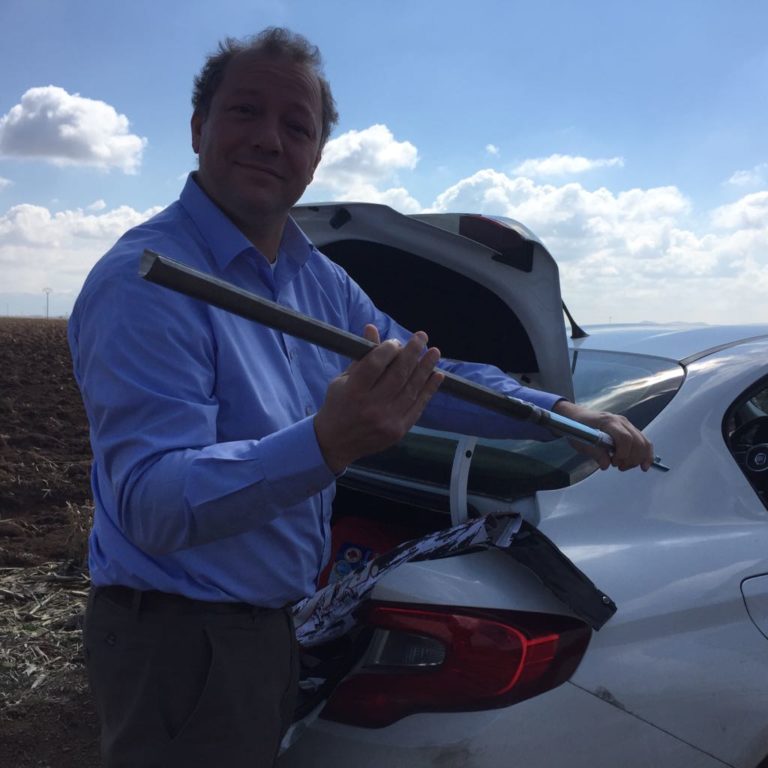 StartLife has an enormous network of startups with inspiring founders. These startups are eager to share their experiences with other entrepreneurs. This story is about Ronald de Bruijn, founder of AgriSim.

AgriSim uses big-data, technology and algorithms to optimize farms (agri and livestock), by creating options for better decision-making in farming and land-use. With the tools AgriSim develops, farmers will be able to choose the crops, fruits and/or vegetables that fit them best in terms of physical and economic results. And thus increase cost effectiveness.

Ronald de Bruijn studied Economics and Econometrics in Amsterdam. He started his career at (what is now known as) Kappa Packaging; a multinational paper and cardboard company with Dutch roots. Although Ronald was a trainee, he was able to increase the annual revenue of the company with millions of Euros. He managed to reduce the costs of purchases by writing a business plan and setting up a strong international network.

The management of Kappa Packaging gave Ronald a second challenge; to establish a paper factory in Russia. Ronald threw himself in the deep end, did a crash course in Russian and moved to Russia. After two years the factory was up and running. Mission accomplished. Afraid of being bored as well as taking over too much of the Russian habits, Ronald decided to start his own company. After changing his non-compete clause at Kappa, Ronald opted for his next challenge at competitor IP (International Paper) as an independent consultant.

During his consultancy work for IP, Ronald met Roel Pieper, known for his position at Philips and for the famous book the “Broncode”. Together, the two established several companies in Russia, Georgia and, in a later stage, in Turkey. For example the Turkish department of MyJet based on the very light jets of Eclipse Aviation; a company that introduced the concept of “air-taxi”. Later, Ronald also established a web analytics company, Advertisement, that built algorithm software as well as software programs. Ronald’s entrepreneurial activities drew the attention of the Turkish Minister of Agriculture; they asked him to investigate how the crop yields in Turkey could be improved. For this project the Ministry provided Ronald with years of data on all Turkish subsidized crops. It was this moment that Ronald realized the value of it. This big pile of data couldn’t only explain low yields in Turkey, it could also help to predict yields!

From 2015 on, Ronald build the yield predicting tool. He interviewed farmers to create algorithms with his team. Meanwhile he got subsidies, grants and enlarged his European network. In 2017 Ronald applied for an intake at StartLife. “StartLife has great connections with the university, giving me the opportunity to collaborate with agricultural experts and exchange valuable knowledge”, says Ronald.

Hans de Haan, business coach of AgriSim: “Ronald brings a lot of international commercial experience with him, and a team with ICT expertise. AgriSim knows its target market well and has the skills on board to operate it. The team has the capacity to quickly convert ideas into practical applications and thus grow quickly.”

A few months ago Ronald moved back to the Netherlands with his family. Now, Ronald obtained his first launching client in Turkey.

Ronald has over ten years’ experience as an entrepreneur. As an advice for other entrepreneurs he recommends to adapt to the culture with which you’re doing business. For example, Ronald once made the mistake of refusing to drink alcohol at a Russian negotiation meeting. Refusing a drink during a meeting is ‘not done’ in Russia so this resulted in a cancelled deal. Secondly, Ronald really recommends being modest when spending money at early stages of a company’s establishment; be selective in expenses, reserve at least 30% of the budget for marketing and do thorough research on customer’s needs before spending any money.

Get in touch with ronald